Here are some of the major things I’ve learned about people throughout my life. Please comment and let me know what you think and if you agree!

I want to warn you ahead of time, this is not a post made to brighten your day, just one to share life lessons I’ve learned in hopes they will somehow resonate with your own lives and help you in some way.

Also, these are not applicable 100% of the time, every person is different.

1. People who are hurt will sometimes hurt others in the same way they were hurt.

There are many different ways to deal with pain. When someone is hurt, sometimes they will internalize the pain and do the same thing to another person. This is a way that the mind can try to understand what happened and try to normalize the past action in order to decrease the level of pain. If they see themselves doing the same thing, their mind can think ‘this is normal’, and then they don’t have to feel as though they were hurt. However, this defense mechanism only multiplies pain because not only were you hurt, but you are doing the same thing to another person.

I read a case study in one of my psychology classes about a person that was robbed at gun point by a stranger. They felt as though their strength was taken from them by this act. As a way to cope with the pain, they began to inflict emotional pain on others in order to put themselves in the place of the perpetrator and therefore normalize pain infliction . At a certain point in the case, they began to realize what they were doing, and  that the only way to actually cope with the pain is to go through it and *feel* the pain that the evil act was causing them. As I have talked about in my previous posts, any emotion or situation you run from is only strengthened. This person was so hurt and so saddened by what happened that the emotions needed to be released in some way. Their denial of the pain made the pain overflow onto other people through being cruel to them, but when they finally dealt with the pain it was no longer overflowing and they were no longer cruel to others.

As an aside,the best way to deal with pain is to attempt to learn something from what happened. In this way, you can actually turn your pain into something that actually improves you as a person. There is something to be learned from everything that happens to us.

2. How other people treat you is a direct reflection of how they feel about themselves 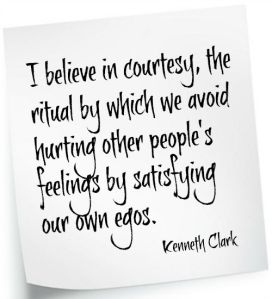 Have you ever met someone who just refuses to be nice to anyone? How about someone that treats you as though you are worthless? This is 99% of the time because of emotions that are overflowing within the other person. A person that is full of anger and hatred will tend to spread that anger to others because they have not found a way to deal with those emotions within themselves. If you really think about this, you should think about the way you treat others. Do you treat them with respect? If not, you probably don’t respect yourself. Do you have a problem with others being imperfect? Then you probably have not accepted your own imperfection. It goes on. Life should be about consistent growth, and through self-reflection we can become much better people.

3.  If you have to hide something, you already know it’s wrong

I have never been cheated on, but I think cheating is the best example to introduce this concept. If you are in a relationship and feel the need to delete conversations you had with another person from your phone, even though you know your significant other doesn’t look at your phone, then you are already cheating. Cheating is anytime that you knowingly disrespect or do something that your partner would not like you to do with another person. Hiding directly implies that you already know that what you’re doing is wrong. Let’s look at a less serious case, such as a person who hides the fact that they eat a cheesecake every night before bed. Sure, it’s the person’s own prerogative to eat a cheesecake, but the fact that they’re hiding the act shows that it goes against some belief they have or their family’s wishes when they are eating whole cheesecakes every night. So, if you are ever hiding things you’re doing, really think about the implications of your secrecy. We don’t hide things which we are comfortable with and proud to have done.

4. A good relationship will make you a better person.

Sure, it’s nice to have someone tell you that you’re wonderful 24/7. However, we all know that nobody is wonderful 24/7. So, you don’t want the person in your life that doesn’t push you to be better. Think about it in a less serious sense. If you had a giant glob of ketchup covering your shirt, would you want your friend to tell you about it or have them just tell you that you look wonderful? Now think about it on a large scale. If you’re always putting other people down but don’t realize it, do you want your significant other to tell you that, or do you want them to let you go on without the self growth that realization would bring them? I think that part of love is helping the other person be a better person. Personally, I like to know when I have a glob of ketchup on my shirt.

5. It’s better to trust and be hurt than to live your life doubting 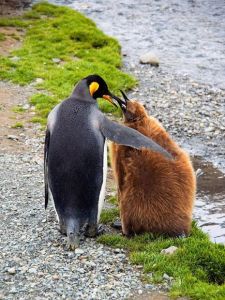 Is it better to trust someone and let there be the possibility of getting hurt by them, or to constantly be second guessing things and doubting them? Clearly, it’s better to give all of your trust and feel the comfort that comes with that rather then allowing yourself to harbor feelings of distrust. Trust the people who make it clear that they should be trusted, and give that trust with your whole heart.

6. It’s important to have one or a few great friends, not a ton of mediocre friends. 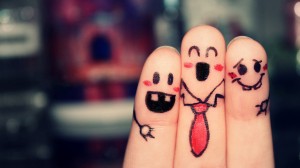 I can’t even think of one real reason why it would ever be important to have a lot of friends, yet some people act like having lots is more important than having one or a few good friends you can really be goofy with and let out your most vulnerable and honest self with. I think this is a lesson a lot of us learn. I would much rather have one friend that I can make ridiculous dorky faces with than 20 that I can only make small talk with.

7. The best gift you can give someone is to let them know that they can be 100% themselves with you

We all have had a fair-weather friend. One of those people who are around sometimes, but if you’re ever in a bad spot, they are nowhere to be found. While it can be hard and uncomfortable to comfort someone who is feeling down, that is when they need you the most. Moreover, we really see a persons inner self when we let them know that it’s okay for them to show their vulnerable side to us. So, next time your friend is bummed, tell them you’re there for them and truly listen to everything they have to say. This is one of the biggest gifts you can give a person, and when you think about it, it’s really quite easy to simply listen.